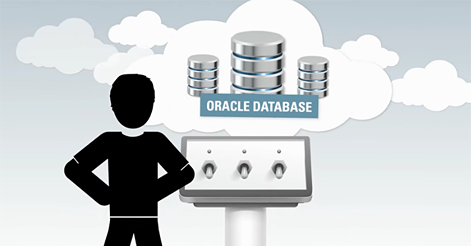 Database Administrators (DBAs) are often overlooked when it comes to the IT department. Database administrators are whizzes at making applications run faster, more securely and more reliably with advanced database features, but they also have an advantage in the development process too. With more companies turning to cloud-based databases, DBAs have the time to join the development team and offer their expertise on SQL and database operations. There are many technologies that DBAs can learn to help them in the development world, including GitHub, NodeJS, REST, and Docker.

GitHub is an online goldmine for sharing code, both for public open source projects as well as private in-house enterprises. The major boon for developers using GitHub is the collaborative nature of the platform. GitHub provides access control and collaboration features such as bug tracking, feature requests, task management, and wikis for every project. Everyone can view and participate in a development project opened up on GitHub. It’s a great way to get DBAs used to a collaborative and open work method, as they can start by just viewing projects and perhaps adding ideas or submitting a small line of code.

REST (representational state transfer) is an architectural style and approach to communications, based on HTTP, often used in web services development. It has become the de facto method for interoperability between computer systems on the internet. DBAs who know their way around RESTful services can share database operations more easily and readily with all kinds of other applications and devices.

Node.js is an open source environment for writing mid-tier and networking applications in JavaScript. Database developers can benefit greatly from focussing on JavaScript frameworks such as Node.js, as it’s one of the most popular choices for developing applications in the browser. Even if a developer already uses APEX for web development, knowing Node.js will supplement their skills by adding more functionality to their applications and opening up a wider community of open source project and tools.

Docker is an open platform for developers and sysadmins to build, ship, and run distributed applications. A DBA who enters the development world will encounter Docker environments and will need to utilise them. Docker allows an application to run unmodified in a Docker container, making it useful for quickly firing up an instance for testing. DBAs who want to help developers use the database effectively can use Docker containers to great effect.

DBAs with a knowledge of these and other non-database technologies can open many new possibilities. The new additions to their skill sets helps them make valuable contributions to the modern development process and turns them into problem-solvers for their companies. Contact HeadByte to find out more about non-database technologies that are useful to database administrators.

Our project teams are specifically assembled and geared to solve the unique challenges each particular business faces. We find ways to make your business work better guaranteed